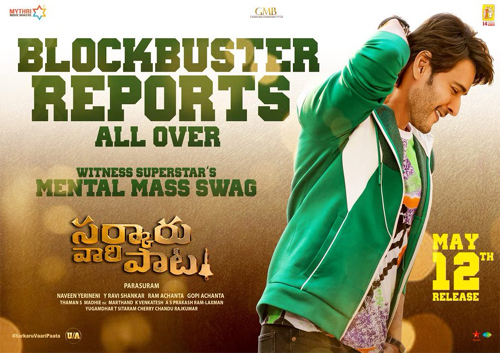 The biggie has collected a solid share of Rs. 12.24 crores (including GST) on its first day in Nizam. This is huge for any Telugu movie (non-RRR) released after the pandemic.

Mythri Movie Makers, GMB Entertainment and 14 Reels Plus teamed up for this film, which has Thaman’s outstanding music.