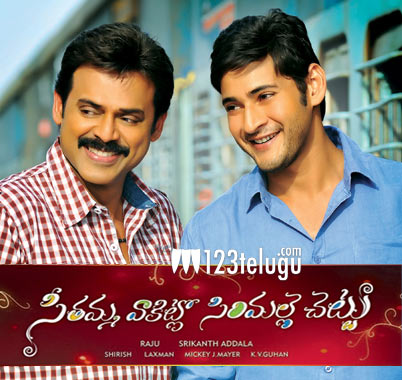 Victory Venkatesh and Superstar Mahesh Babu’s ‘Seethamma Vakitlo Sirimalle Chettu’ will be having its audio launch on December 16th as per the latest information available to us. The event will be held at Ramanaidu Studios in Nanakramguda. The date has been finalized after some confusion, with initial communications claiming a release on 15th. But we are being told that Venkatesh will not be available on the 15th, necessitating a change.

Music for the film has been composed by Mickey J Meyer. A second teaser of the movie has been released today and it has been received very well. Srikanth Addala is the director of the movie and Dil Raju is the producer.

Because this film is the first proper multi-starrer to come out from TFI in nearly 2 decades,expectations are sky high over the project.