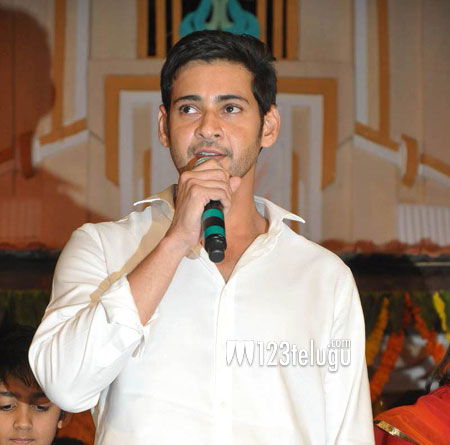 Mahesh Babu has praised music director Mickey J Meyer for delivering fabulous tunes for his upcoming film Seethamma Vaakitlo Sirimalle Chettu. The film stars Venkatesh, Mahesh Babu, Samantha, Anjali, Prakash Raj and Jayasudha in lead roles. Srikanth Addala has directed the film and Dil Raju has produced it. The film’s audio was launched by Mahesh Babu’s son Gautham and Venkatesh’s son Arjun at a grand ceremony held at Ramanaidu Studios on December 16. Talking about Mickey J Meyer and the film’s music, Mahesh Babu tweeted, “Svsc audio gets an outstanding response.:) 🙂 thank you mickey for giving ur best…..:) u deserve every bit if it… 🙂 In my opinion , d album of svsc. Is a masterpiece…The music , the film, the performances r all a reflection of a one man’s soul…. Srikanth addala…Really feel happy n proud to b associated with this film….thank you sir for giving me this opportunity..:).” KV Guhan is the cinematographer. Except for a song, the rest of the film’s shooting has been completed and this remaining song will be shot on Venkatesh and Anjali later this week in Kerala. The film’s post production is going on in full swing. Seethamma Vaakitlo Sirimalle Chettu will hit the screens on January 11.