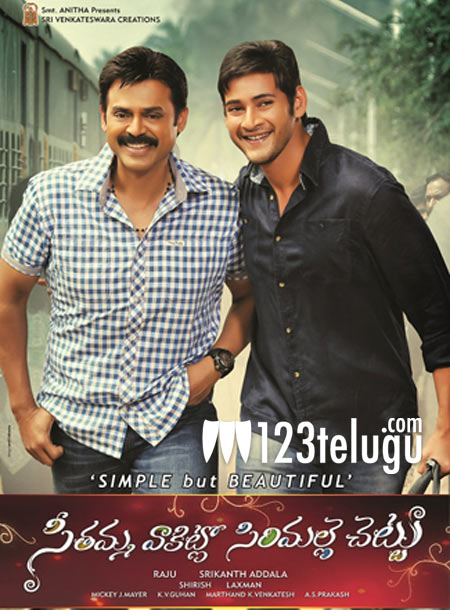 Mahesh Babu is betting big on his upcoming film Seethamma Vaakitlo Sirimalle Chettu. It’s the first time he’s teaming up with Venkatesh and the duo seem to be sharing a great bond on the sets of the film. Recently, in an interview to a leading national daily, Mahesh Babu said, “Seethamma Vaakitlo Sirimalle Chettu is going to be a new experience for my and Venkatesh garu’s fans. People will come out of the theatres with a big smile on their face and it’s a feel good film.” When asked if the film’s only USP is its ‘freshness’, Mahesh Babu retorted saying that it’s the first time he has done anything like this in his career and also stated that he fell in love with the script right when he heard it. Srikanth Addala is directing the film and the shooting is going to be wrapped up by the third week of this month. Dil Raju has produced the film. Mickey J Meyer has composed the music. The film will hit the screens on January 11, 2013.