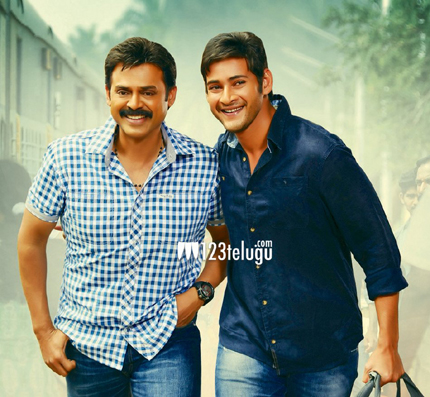 The patch work of Mahesh Babu, Venkatesh starrer Seethamma Vaakitlo Sirimalle Chettu has been wrapped up. Samantha and Anjali are playing the lead roles opposite Mahesh Babu and Venkatesh respectively. Recently, few portions of a wedding song were shot in Hyderabad and with this the entire film’s shooting has been completed except for a song. After the film’s audio launch on December 16, Venkatesh and Anjali will fly to Kerala to shoot for the remaining song from December 19. Srikanth Addala is directing the film and Dil Raju is producing it. Mickey J Meyer is composing the music. The film’s promo songs have already become a huge hit and the entire album is being said to be a chartbuster. KV Guhan is the cinematographer. Seethamma Vaakitlo Sirimalle Chettu is going to hit the screens on January 11.