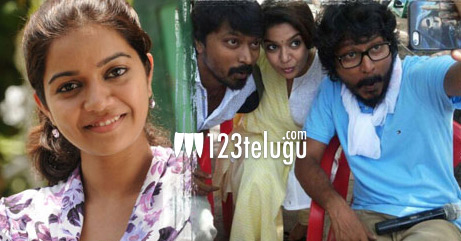 Talented actress Swathi is going through a good phase in her career right now. She has signed some interesting films, and one of them is Vishnuvardhan’s next. After a lot of thought, Sawathi said yes to this two hero project.

This Tamil film has Arya and Kreshn in lead roles, and Swathi is cast opposite Kreshn. Vishnuvardhan has earlier directed Panjaa with Pawan Kalyan. UTV Motion pictures and Vishnuvardhan will together produce this flick.

Swathi was last seen in the hit Tamil film Vada Curry and her latest Telugu release is Kartikeya with Nikhil.