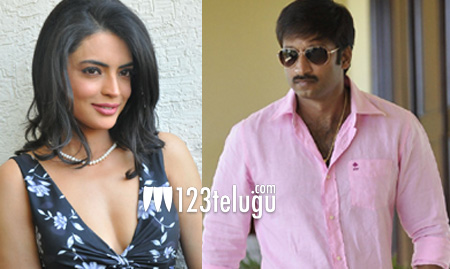 Gopichand’s upcoming movie Soukhyam will have a hot item song with Swetha Bharadwaj as the central attraction. Swetha is especially known for her item song “We Love Bad Boys” in Mahesh Babu’s Businessman.

A source speaking to a lead newpaper revealed, “She will be seen in a special song in which she will be joined by Gopichand. It is a saucy item number that will come at an important juncture in the film. Swetha is yet to shoot for the song.” Soukyam is going to be a full action entertainer and features Regina Cassandra as the female lead.

This film is being produced by Bhavya Creations. Kona Venkat and Gopi Mohan have penned the story. Prasad Murella is the cinematographer and Anup Rubens is the music composer. The film has been confirmed for release on the 25th of December as a Christmas special.