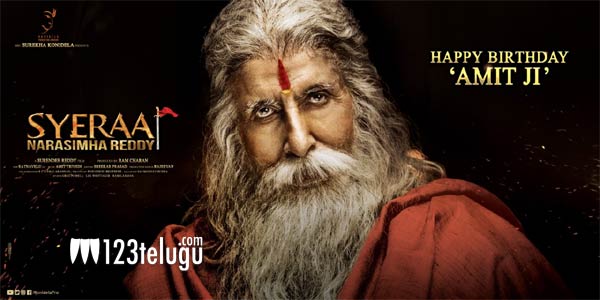 On the occasion of legendary Bollywood actor Amitabh Bachchan’s 76th birthday, the makers of Sye Raa unveiled the first look poster of Big B’s character as Gosayi Venkanna. Amitabh is showcased in a poignant and regal avatar in the first look.

Megastar Chiranjeevi is essaying Uyyalawada Narasimhareddy’s role in the film. Surender Reddy is directing the film and Ram Charan is bankrolling it. Bollywood composer Amit Trivedi is the music composer.