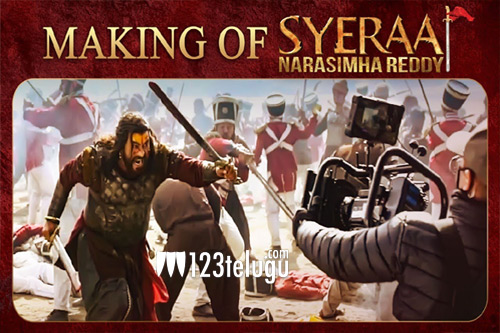 The much-awaited promotions of Sye Raa have just begun as the making video of the film is out in the open. The manner in which it is cut, it looks like a stunning teaser in itself.

The visuals, grandeur and the way all the stars in the film are introduced is on another level altogether.

The background score takes the making video to another level and doubles the expectations on the film.

The ambiance looks great and the film boasts of some never before seen action sequences in Telugu cinema.

The wait is definitely the worth as the makers, Ram Charan has made sure that the making video itself raises the expectations and it has done without a doubt as of now.