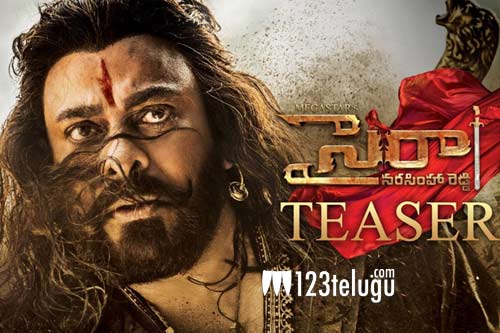 While the teaser of Sye Raa Narasimha Reddy was surely received senationally recording high views, what is interesting is that it has reached new heights in Kannada!

Apparently, the teaser of Sye Raa became the first ever Kannada teaser to cross 3 million views in 24 hours!

The last film which managed the biggest feat in Kannada was Sudeep’s Pailwan which recorded 2.3 million views in 24 hours.

Interestingly Sudeep also stars in Sye Raa, leaving him with a key part in the new record too!