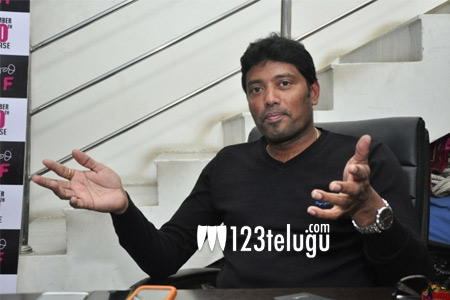 Sye Raa Narasimha Reddy is one of the ambitious films to be made in Telugu film industry after Baahubali 2. Directed by Surender Reddy, the film is being produced by Ram Charan and it stars Chiranjeevi, Amitabh Bachchan, Nayanthara, Vijay Sethupathi and several other lead actors from Telugu and Tamil cinema.

Rathnavelu, the cinematographer of the film, revealed that the whole team is quite excited about how the film is shaping up, so far. Initially, Ravi Varman was supposed to be part of the project; however, Rathnavelu replaced him before the film went on floors late last year.

In a recent interview, Rathnavelu said, “When I was approached for the film, I asked them for three months, so that I can prepare for this epic drama. Without ample pre-production, it is hard to do justice to such a big film. Sye Raa is going to be a milestone in Megastar Chiranjeevi’s career and he is really happy with the output so far. A lot of detailing has gone into making this film in terms of creating the right sets, lighting, costumes, mood to transport the audience to the 19th century. It is going to be a landmark film for the whole team.”