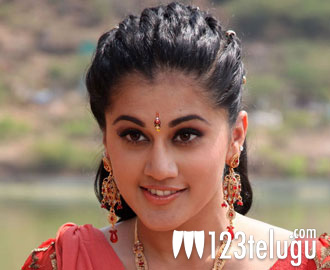 Taapsee and gossip seem to go hand in hand, if the recent turn of events are anything to go by. Almost everything about her, including her friendship with her co-stars, to the films she signs, makes news. Now, there are rumours doing rounds in Kollywood that she and Arya, her co-star in Ajith’s upcoming Tamil film, are more than just good friends. Apparently, the two have been spotted hanging out in several events and other places in Chennai. Apart from Arya, Chennai based websites and publications have widely reported that she has been bonding big time with Nayanthara, who’s also playing a lead role in the film. In fact, all her co-stars from Manchu Manoj to Aadhi Pinisetty have spoken volumes about Taapsee’s friendly nature and professionalism. No wonder, she gels so well with everyone on the sets. She’s also acting in Meher Ramesh’s Shadow, Chandrasekhar Yeleti’s action adventure film and her next Telugu film Gundello Godaari will release soon.