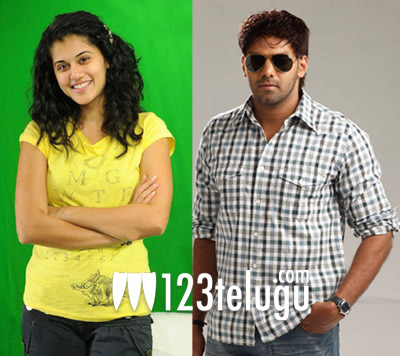 Ever since Taapsee and Arya began shooting of Vishnuvardhan’s upcoming Tamil film, rumours have been abuzz about their friendship. While rumourmongers began spreading news that the two share something more than just friendship, Taapsee has vehemently denied that there’s something going between her and Arya. Talking to a leading newspaper, she said, “Arya is just a co-star. I am happy being single and I don’t have time for anything else right now apart from my work.” She’s currently shooting for Meher Ramesh’s Shadow in Hyderabad and will get back to the sets of Vishnuvardhan’s film later this year. The film also stars Ajith and Nayanthara in lead roles and Taapsee is playing the role of a journalist in this film, which is her biggest project in Tamil so far. Apart from these two films, she’s also part of Chandrasekhar Yeleti’s upcoming action adventure and she’s now awaiting the release of Gundello Godaari.