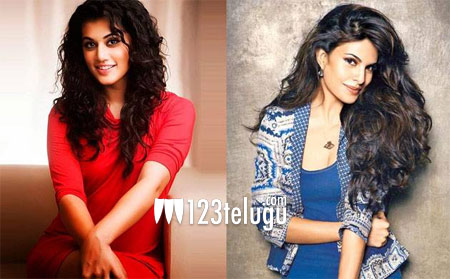 Taapsee, who’s currently promoting her upcoming Hindi film Dil Junglee, took people on a reality show by surprise when she confessed that she’s jealous of Jacqueline Fernandez. The duo had recently worked together in Judwaa 2, which went on to become a huge hit in 2017.

The actress made these remarks on the sets of Entertainment Ki Raat. When she was asked if there’s someone whom she wouldn’t want to work with, Taapsee reportedly named Jacqueline Fernandez since they had recently collaborated for Judwaa 2. “I’m kind of jealous about her perfect 10 body,” Taapsee reportedly said referring to Jacqueline’s physique.

Meanwhile, Taapsee is expected to return to the sets of her Telugu film which also stars Aadhi Pinisetty. More details about this film will be revealed soon.