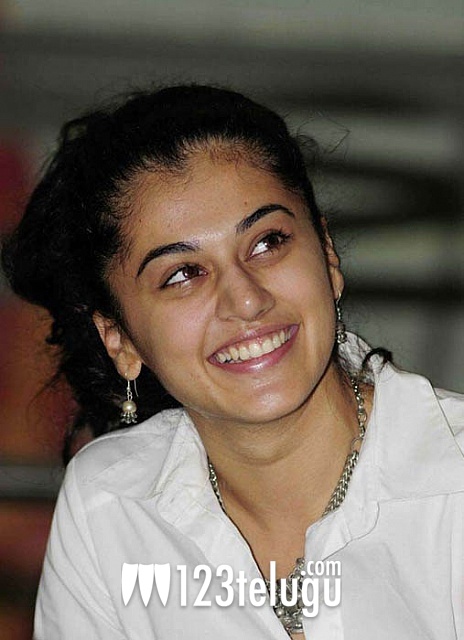 Taapsee is a busy bee these days. She’s currently juggling between three films including David Dhawan’s Chashme Baddoor, Daruvu and Gundello Godaari. After completing a major schedule in Goa for Chashme Baddoor, the actress flew to Hyderabad to join the team of Shouryam’s Daruvu starring Ravi Teja but she immediately flew to Rajahmundry to shoot few scenes for Lakshmi Manchu’s production Gundello Godaari.

Since she had to take part in Daruvu’s shoot as well, she flew back to Hyderabad within couple of hours to complete her scenes for the day. Of late, actors have been avoiding juggling between two films in such fashion; however, Taapsee didn’t mind going the extra mile for her good friend Lakshmi Manchu.