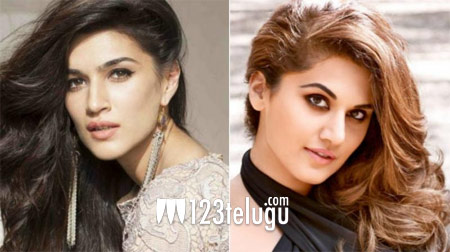 Taapsee and Kriti Sanon might soon team up for a film based on professional shooters, as per the latest buzz in Bollywood. Few weeks ago, we had reported that Taapsee has been signed up to play a lead role in this film titled Womaniya, and she’ll undergo intensive training before starting the shoot.

Now, Kriti Sanon too is said to play the other lead role in this film which will be produced by Phantom Films. Vikramaditya Motwane, Madhu Manthena, Vikal Behl and Anurag Kashyap are part of Phantom; however, a newcomer is said to be directing the film.

Kriti won good acclaim for her performance in Bareily Ki Barfi, and she’s likely to join the team soon after she completes shooting for her current film titled Arjun Patiala. Meanwhile, Taapsee is shooting for Anurag Kashyap’s next titled Manmarziyan, which is being shot in and around Amritsar.