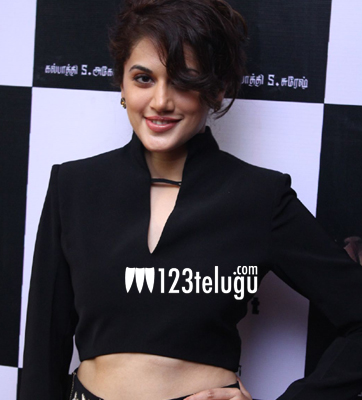 Off late, the Delhi beauty Taapsee is keeping a low profile in Tollywood, and is busy shooting for her latest Hindi flick ‘Baby’ which also stars Akshay Kumar and Rana Daggubati. Taapsee plays an RAW agent in the film and has undergone Karv Maga training, an Israeli martial arts form for her role.

Directed by ‘A Wednesday’ and ‘Special 26’ fame Neeraj Pandey, ‘Baby’ is an espionage thriller. As some of the film’s action sequences required Taapsee to perform several hardcore stunts herself, she got trained in this form. Baby is due for a release on 23rd January.