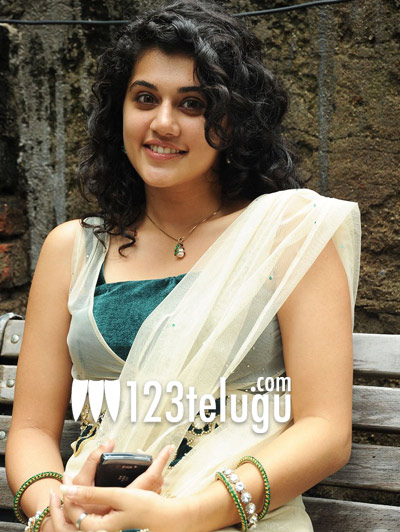 Taapsee has finally joined the shooting of her upcoming Tamil film starring Ajith. Vishnu Vardhan is directing the film and it also has Nayanthara and Arya in lead roles. Taapsee is reportedly playing the role of a journalist who’s quite lively. This is Taapsee’s biggest film till date in Tamil and she’s already quite excited about the film. “Finally with all d costume trials n discussions its all set to start 1 of d most awaited movie of the year. vishnu sir looks thrilled. N I’m nervous n excited at d same time! Its gonna b all 4 of us 2moro. Ajith sir, nayan, arya n me! Cheers to a new beginning! Wohoooo,” she tweeted yesterday. She joined the film’s sets today and shared her excitement saying, “As I start my 14th project 2day can still feel d butterflies lyk hw I felt starting my debut venture. Sumthngs jst dnt change.” In Telugu, she’s awaiting the release of Gudello Godaari and will soon join the sets of Venkatesh’s Shadow and Chandrasekhar Yeleti’s action adventure film starring Gopichand.