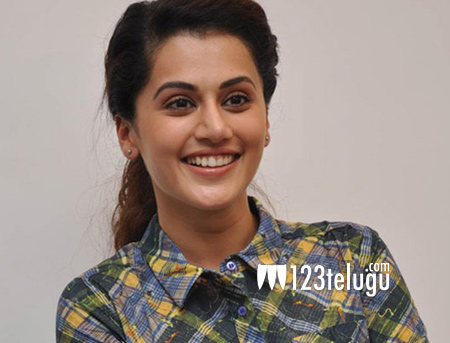 After the success of Pink in Hindi, Taapsee is all set to make a comeback of sorts in Telugu after a long gap. Her upcoming film is said to be a horror drama with a twist and going by the reports, it’ll tell the story of a ghost who’s afraid of human beings; however, Taapsee insists that there’s more to the film than that.

Directed by Mahi V Raghav, the film’s shooting began in January this year and it’s said to be nearing completion already. Taapsee has already finished shooting her portions and she has moved on to promote her forthcoming Hindi film – Naam Shabana.

The actress will soon begin shooting for Judwaa 2 in Hindi in which she’s paired opposite Varun Dhawan.