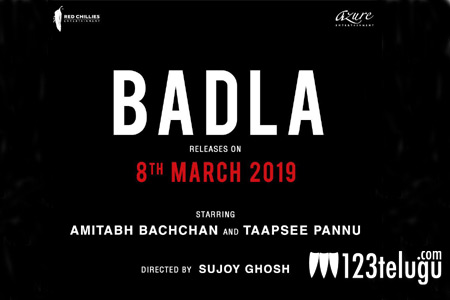 12telugu already revealed that Taapsee will be doing a film with called Badla with none other than the legendary Amitabh Bachchan. The film is directed by Sujoy Ghosh and the latest we hear is that the makers have decided to release the film on the 8th of March 2019.

Touted to be a complete thriller, the entire film will be shot in and around London. Badla is the official remake of the 2016 Spanish film, The Invisible Guest and Taapsee’s scenes with the Big B are said to be quite hard-hitting.

The film is centered around Taapsee and the actress is quite excited about her role and performance in the film. Meanwhile, Taapsee will also be seen in a Telugu film called Neevevaro alongside Aadhi Pinisetty.