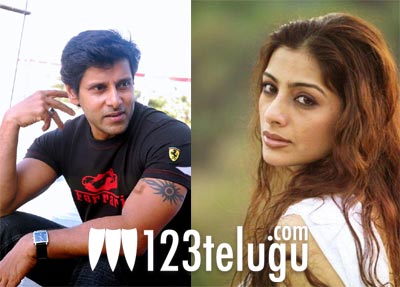 For the first time in her career, Tabu is going to team up with Vikram in a Hindi film. Of late, she has become extremely choosy about her projects and even in Telugu, she was last seen in Pandurangadu, which had released back in 2008. Recently, we had reported that Vikram has signed a Hindi film titled David. Bejoy Nambiar, who had made Shaitan, is going to direct the film. However, Tabu is not playing Vikram’s love interest in the film. Instead, Bejoy has roped in Isha Sharvani to play the main role opposite Vikram. Two other heroes are going to be signed for this gangster film.