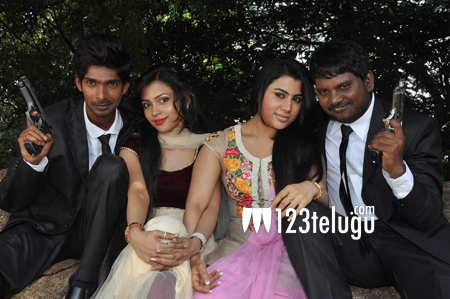 Many comedians are turning in to heroes these days. Sunil was the first comedian of this generation who could taste success as a hero. Vennala Kishore is still trying his luck as a hero at the box office.

Dhan Raj and Taagubothu Ramesh who are one of the busiest comedians, thanks to the various funny characters they have played have now teamed up for a movie titled ‘AK Rao-PK Rao’. Both of them are playing the lead roles in this movie. Kareena and Sri Bhumika are the leading ladies in the movie. This movie is expected to be an out and out comedy entertainer and the shoot of the movie would be completed by December.

KotaPati Srinu is the director of the film and Sai Venkateswara combines is producing this movie. SJ will be composing the music of the film.