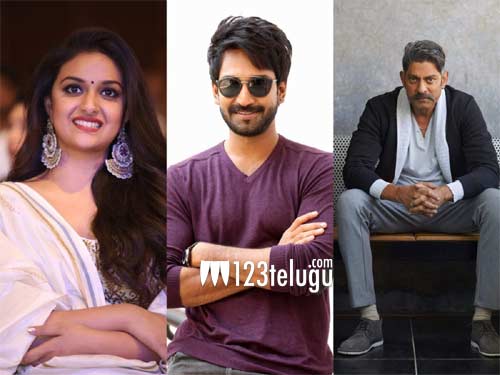 It is widely known that star heroine Keerthy Suresh has committed for a project with award-winning Bollywood director Nagesh Kukunoor. Touted as a sports drama, the film will be simultaneously shot in Hindi, Telugu and Tamil languages.

Now, the latest update is that noted star character artist Japapahti Babu, Aadhi Pinnishetty, and Rahul Ramakrishna has been roped in for crucial roles in this film.

Sudheer Chandra is producing this untitled film. Devi Sri Prasad is the music composer for this multi-lingual project.