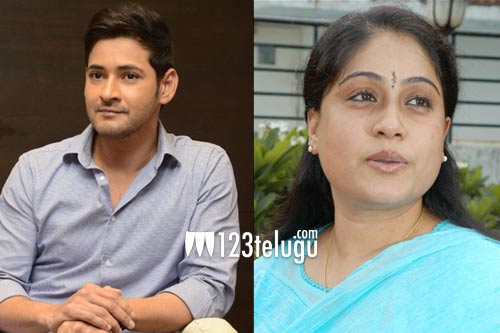 A project in the combination of Superstar Mahesh Babu and successful director Anil Ravipudi is more or less confirmed. If the grapevine is to be believed the film may take off soon after Mahesh wraps up his ongoing social drama, Maharshi.

Meanwhile, an interesting buzz circulating in the Film Nagar is that yesteryear heroine and political leader Vijayashanthi is being approached for a key role in the film.

If Vijayashanthi accepts to do this film, it is going to a comeback for the talented actress after a long gap. Anil Sunkara will bankroll this film under his AK Entertainments banner. Keeping watching the space for more updates.