Talented actress under consideration for Vikram’s next
Published on Feb 21, 2021 3:46 pm IST 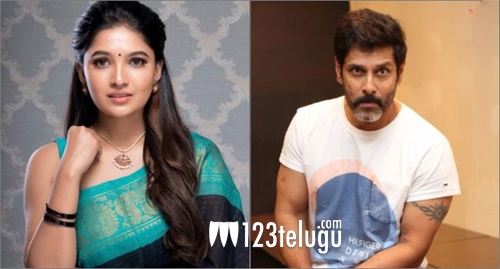 A film in the combination of Tamil star Vikram and director Karthik Subbaraj was formally announced a few months ago. The film also has Vikram’s son Dhruv Vikram in a key role and it is expected to go on floors soon.

Meanwhile, the latest news is that talented young actress Vani Bhojan is in talks for a prominent role in the movie. Tentatively titled Vikram60, the film is said to be a stylish action thriller.

Anirudh is the music composer for the film. Master fame Lalit Kumar and Seven Screen Studios banner will be bankrolling the project, jointly.