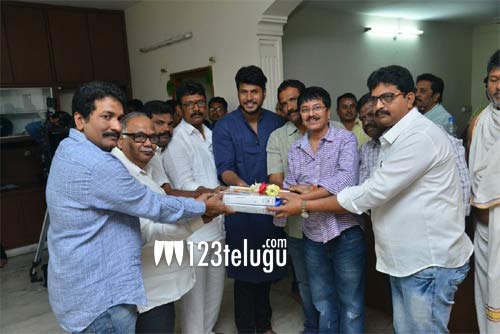 We were the first ones to reveal that Sundeep Kishan will be doing a film called ‘Tenali Rama Krishna’ in the direction of comedy specialist G Nageswara Reddy.

The latest we hear is that the film was launched today in Hyderabad. What’s interesting is that talented actors, Vara Lakshmi Sarath Kumar and Bhumika Chawla will be playing key roles in the film.

This will be the first film for Varalakshmi in Telugu who will be seen in a very interesting role. Hansika plays the female lead in this film.