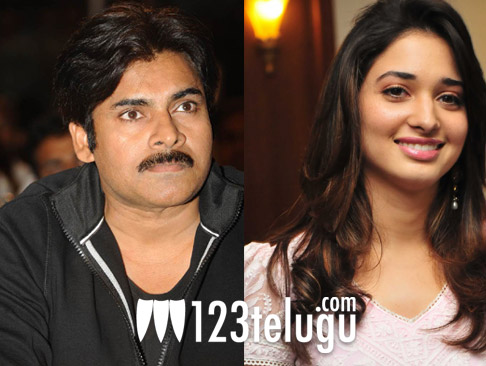 Finally, the suspense has ended. Power Star Pawan Kalyan’s heroine in the film ‘Cameraman Ganga tho Rambabu’ has been confirmed and she is none other than the gorgeous ‘Tamanna’. The news was confirmed by director Puri Jagan himself. Shooting of the movie will begin from May after Pawan completes his work in Gabbar Singh.

Danayya is the producer of the movie and Devi Sri is scoring the music. The official launch of the movie took place a few days ago in Puri Jagan’s office and there are a lot of expectations on this project. Pawan and Puri scored a massive blockbuster with their last outing , Badri.