Tamanna reveals secrets about her role in Baahubali
Published on Jun 22, 2015 1:07 pm IST 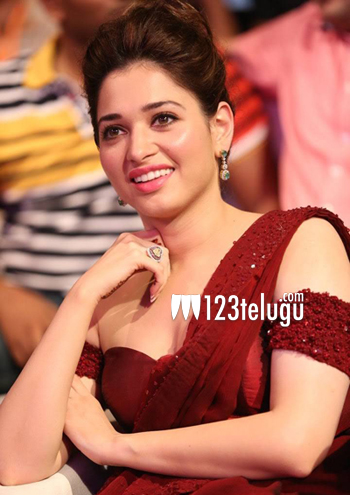 Tamanna Bhatia is living a dream right now by featuring in India’s biggest motion picture Baahubali. The film is nearing its release and the talented actress is busy promoting the film all over the country.

In one of her interviews, Tamannah revealed some interesting facts about her role and said that she had to gain weight to look her part and match Prabhas’s hefty personality.

Tamanna also revealed that she plays a warrior princes in the film, and has some very interesting fights sequences. Also starring Rana Daggubatti and Anushka Shetty in the lead roles, Baahubali is set for a mammoth release this July 10th.