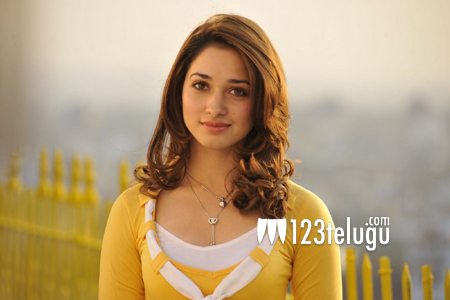 We all know that Nagarjuna and Karthi will soon be acting in a multi starrer directed by Vamshi Paidipally. The latest update on this project is that Tamanna is being considered for the lead role in this film.

Tamanna has already acted along side Karthi in Awara and the Tamil remake of Vikramarkudu. However, she has not shared screen space alongside Nagarjuna. Though an official confirmation is yet to be received, Tamanna’s name is strongly being suggested by the film makers.