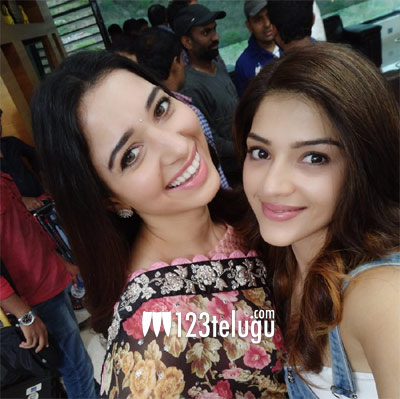 Anil Ravipudi’s upcoming family entertainer F2 – Fun and Frustration has already become one of the most talked about films of the season. The film’s shoot began few days ago in Hyderabad, and with Tamannaah joining the team yesterday, the entire cast is having a blast on the sets.

The film stars Venkatesh, Varun Tej, Tamannaah and Mehreen. And in less than two days, the two leading ladies seem to be bonding big time. Mehreen, in fact, was thrilled to be working with Tamannaah for the first time, and it will be interesting to see how their off screen friendship translates to their characters in the film.

While Venkatesh and Tamannaah are playing a couple, Varun Tej is going to play a comedy role for the first time in his career.