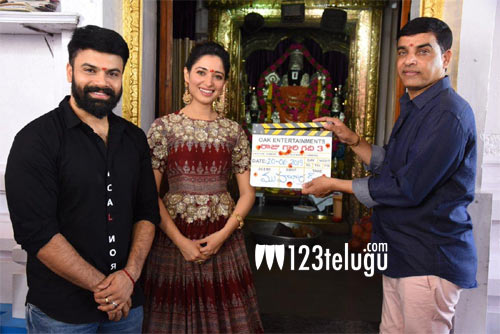 Of late, star heroine Tamannaah has been signing a series of horror thrillers and horror comedies. The latest in the line up is the third part of the popular horror comedy franchise, Raju Gari Gadhi. This morning, Raju Gari Gadhi 3 was launched by Dil Raju and Alok Jain.

Raju Gari Gadhi 3 has Ashwin Babu, brother of director Ohmkar, as the male lead. The film’s regular shooting will commence from tomorrow. Apart from directing the movie, Ohmkar will also produce it under OAK Entertainments banner.

Raju Gari Gadhi 3 has its dialogues penned by noted writer Burra Sai Madhav and cinematography by Chota K Naidu. Whether Raju Gari Gadhi 3 will be as big as its first part remains to be seen.