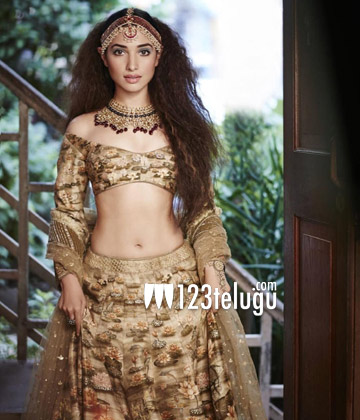 Tamannaah has once again lost oodles of weight, or so it seems, going by the cover shoot for a wedding magazine. The actress has revealed her fit new avatar and she looks more stunning than ever before.

Of late, the actress has been on a signing spree, and she has three more films coming up soon. Currently, she is shooting for Devi 2 in Mauritius and she is paired alongside Prabhudeva in the horror comedy film. Apparently, she has been focusing a lot on her fitness and she has been updating her fans with her workout videos from the island.

Apart from this film, she also has Sye Raa Narasimha Reddy, F2, and another film with Sundeep Kishan lined up for release.