Tamannaah reveals the terrifying poster of Khamoshi
Published on May 6, 2019 9:14 pm IST 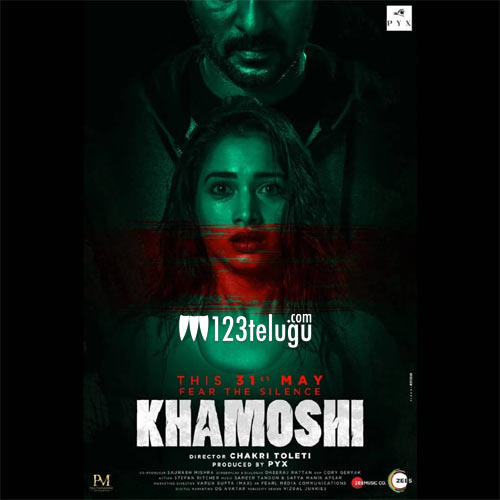 Khamoshi is a Hindi remake of Nayanthara-starrer Kolaiyuthir Kaalam, where Tamannaah Bhatia is playing a lead role alongside Prabhudeva. The actress will be essaying the role of a character who cannot hear or speak, while Prabhudeva will be playing the role of an antagonist.

The film’s official poster was released today, and Tamannaah took it to Twitter, “It’s all in the silence! Presenting the official poster of my next #Khamoshi with co-star @pddancing. Directed by @chakritoleti, the film is slated to release on 31st May.”

According to the reports, Khamoshi is the first Indian film to be shot with an 8K camera. Chakri, who has directed Kolaiyuthir Kaalam and its Hindi version Khamoshi, feels it’s the best time to widen the art and science of storytelling in India. He also says that it was producer Vashu Bhagnani’s vision which introduced this technique.