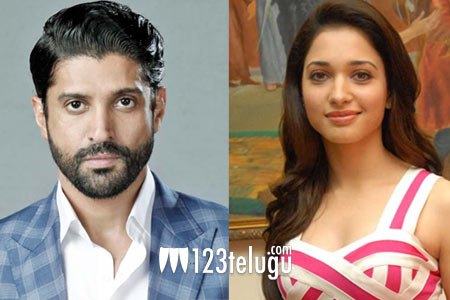 Star heroine Tamannaah, who has been shooting for Queen’s Telugu remake in France, will soon team up with Bollywood actor-filmmaker Farhan Akhtar. Tamannaah’s next Bollywood flick will be a remake of the cult Tamil gangster drama, Jigarthanda.