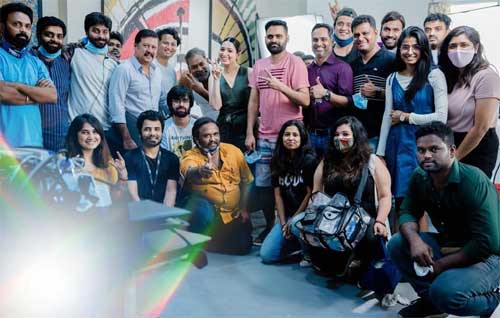 Tamannaah is all set to make her foray in Telugu digital media with a web series titled 11th Hour. Directed by Praveen Sattaru, the web series will be released on Aha! OTT platform, and the date of release will be announced soon.

The actress had been shooting for the series in and around Hyderabad for the past few months. And it was during the filming of 11th Hour that she tested positive for Covid-19, which forced her to take a break to recover. Now, Tamannaah has completed shooting for the series, and on the last day of the shoot, she posted an emotional message on social media she is going to really miss the team. “It was a blissful onset experience even in these uniquely difficult times,” she said.

The actress also has a Tamil series, The November Story, a crime drama which will be out soon on Hotstar. More details about both the shows are awaited.