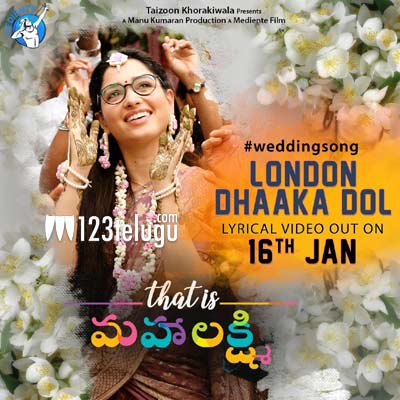 The teaser for the super hit Bollywood film Queen’s Telugu remake, That Is Mahalakshmi, was unveiled a couple of weeks ago to a decent response. Now, the makers are all set to release the film’s first single soon. Titled ‘London Dhaaka Dol’, the song’s lyrical video will be released on January 16.

That Is Mahalakshmi stars Tamannaah in the titular role. After Neelakantha’s exit, Awe fame Prasanth Varma has been roped in to complete the film’s shooting formalities. Bollywood actress Elli Avram reprises Lisa Haydon’s role from the Hindi original in the Telugu version. Manu Kumaran is bankrolling all the four South Indian remakes of Queen in association with Kannada actress Parul Yadav.