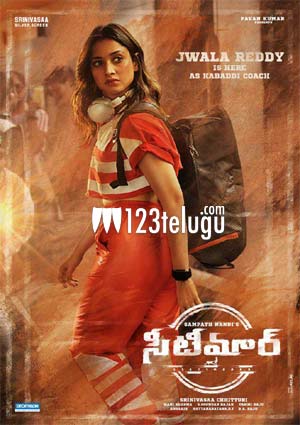 Gopichand’s Seetimaar is also up for a release on the 2nd of April. The film is a sports action-drama and has Tamannah as the female lead.

The star heroine is playing the role of a female Kabaddi coach and has gone the extra mile for this film. She has now dubbed for her role in the film which is quite rare.

The film is directed by Sampath Nandi and has music by Mani Sharma. The trailer and promotions of the film will start very soon in the days to come.

For now, Tamannah has stormed the limelight with her dubbing effort.