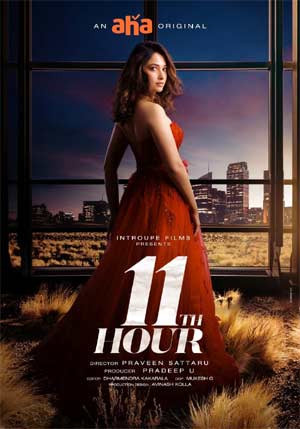 It is a known fact that Tamannah will be making her OTT debut with the show 11th Hour. The teaser of the show was out recently and has raised a lot of hype for the project.

The show is going to be aired on AHA very soon and Tamannah plays the boss lady who takes upon the corporate world. The talk in the film circles is that Tamannah has been paid a whopping 2 crores as the fee for this project.

The news is that Tamannah said this hefty fee was also a reason for Tamannah saying yes to the project. Praveen Sattaru directs this show that has also some known names doing key roles.