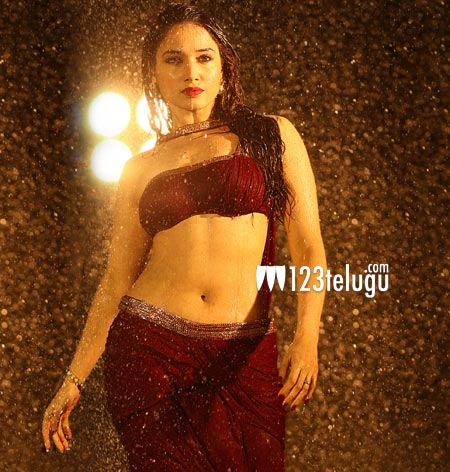 It is well known that Ravi Teja’s upcoming film, Bengal Tiger is getting ready to hit the screens on the 10th of December. Latest reports reveal that the film’s female lead, Tamannah will be seen in quite a glamorous avatar.

Going into details, for one of the songs in the film, Tamannah is all set to bring the house on fire with her sensuous and hot looks. Bheems Cecireleo is the music director for the film and all the songs have caught on quite well with the audience.

Directed by Sampath Nandi, this film has Rashi Khanna as the other female lead. Harshvardhan Rane and Bommani Irani are also playing crucial roles in the film.