Tamil actor Pasupathy’s badass role to be a major highlight of Raja Vikramarka
Published on Nov 12, 2021 2:24 am IST 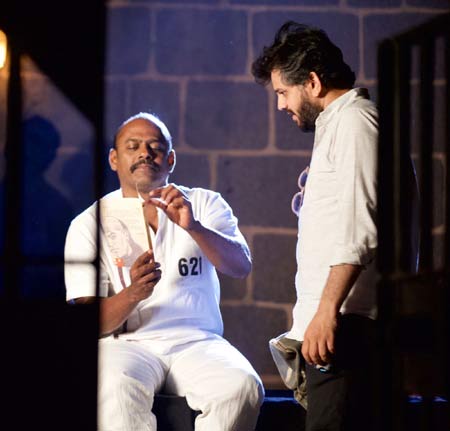 Now, Raja Vikramarka makers have revealed that award-winning Tamil actor Pasupathy will be seen in a badass villain’s role in the movie. Apparently, Pasupathy’s role and his performance will be one of the major highlights of Raja Vikramarka. Pasupathy is well known for his roles in Mani Ratnam’s Amrutha and the recently released boxing drama, Sarpatta Parambarai.” Pasupathy also acted in a few Telugu films such as ‘Nenunnanu’ , Andhrawala and Anamika.

Apparently, Pasupathy was reluctant to sign Raja Vikramarka initially as he was not quite familiar with Telugu. But he liked the character and agreed to sign the film after director Sri Saripalli gave him the bound script and promised not to change a single line. Pasupathy prepared all his dialogues and delivered them with utmost ease and conviction in the first take itself. Raja Vikramarka is produced by 88 Ramareddy and presented by T. Adi Reddy under Sree Chitra Movie Makers banner.