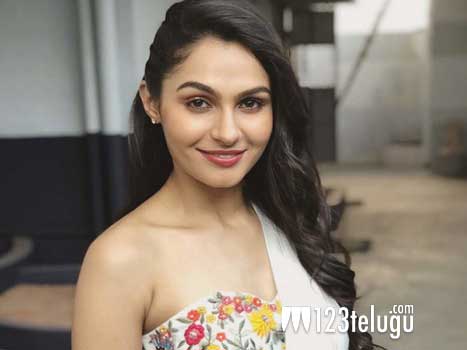 Kollywood’s popular playback singer-turned-actress Andrea Jeremiah will be seen next in Pisachu 2 (Pisachi 2). Directed by Mysskin, the movie is a sequel to Pisasu (2014). Vijay Sethupathi is also playing a lead in this horror movie.

The latest news is, for the first time, Andrea Jeremiah dubs in Telugu for her role in Pisachi 2. The actress also released a BTS (Behind The Scenes) video to reveal the same news. In her Instagram post, the actress thanked the multitalented film personality Rakendu Mouli, son of Telugu lyricist Vennelakanti (late) for helping her during the process.

Poorna, Santhosh Prathap and others are also a part of this horror movie. Produced by T Muruganantham under the Rockfort Entertainment banner, the flick’s music is composed by Karthik Raja. Tollywood producer Dil Raju is releasing the film in Telugu. Pisachi 2 will be released in theaters very soon.