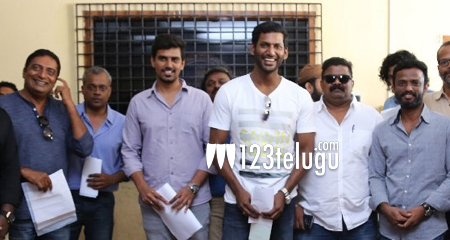 In a surprising move of sorts, the entire Tamil film industry has decided to go on a long strike starting from May 30. Industry experts believe that all the film shootings will be called off and there will no new movie releases for few weeks.

Ever since Vishal and his team took over the responsibility of running Tamil Film Producers Council, they have been hinting at concrete measures to set things right. This strike is said to have been called to force government to address several issues that Tamil cinema is facing.

As a result, few big budget film like Jayam Ravi, Sayyeshaa starrer Vanamagan have been postponed to late June. A clear picture is likely to emerge soon.