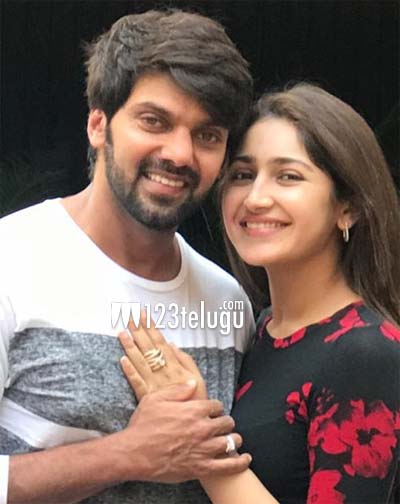 By now, everyone knows that the star Tamil hero, Arya is in a relationship with heroine Sayessha Saigal who made her debut with the Telugu film Akhil.

The news was all over that the couple will be getting married but nothing was confirmed. But today, the actor himself took to Twitter and announced his wedding in style.

According to the tweet, the couple will get married in March. Both Arya and Sayessha fell in love during the making of their hit Tamil film Gajinikanth which is the remake of Nani’s Bhale Bhale Magadivoy.