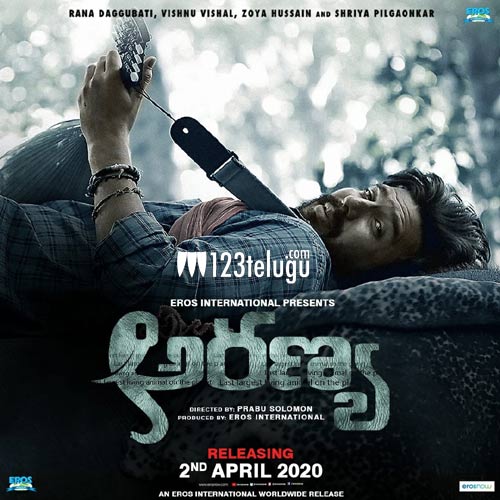 Tamil hero Vishnu Vishal is popular among Telugu movie lovers for his critically acclaimed thriller, Ratchasan. The actor recently made headlines for his relationship with Hyderabadi badminton champ Jwala Gutta.

Vishnu Vishal is playing a key role in Rana Daggubati’s upcoming action drama, Aranya. His charming first look from the film’s Telugu version was unveiled this morning. Vishal will be seen as a wildlife protector in the movie.

Prabhu Solomon has directed Aranya, which is also releasing in Tamil and Hindi. Shriya Pilgaonkar is the leading lady in the film. Eros International is releasing the movie on April 2nd.