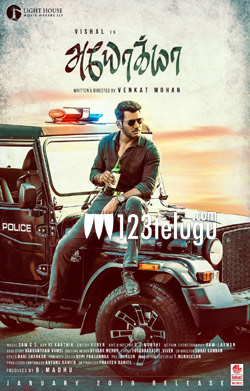 It is a known fact that Vishal is doing the remake of Temper in Tamil. The trailer of the film also caught on well all over and there is a very good buzz for the film in the Tamil circles.

Now, the latest we hear is that the makers have decided to release the film on the 19th of April in a grand manner. Parthiban and K S Ravi Kumar play key roles in this film.

Raashi Khanna will be seen as the female lead.