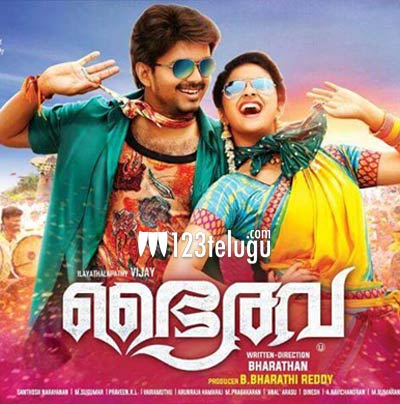 Tamil superstar Vijay’s Bhairava opened to some mixed reviews a few months back. The same film is now being dubbed in Telugu with the name Vijaya Bhairava and will release this month-end.

Nenu Shailaja fame Keerthi Suresh is the female lead and the film has been directed by Bharatan. Santosh Narayanan composes the music for this film which is a hardcore commercial flick.

Post the release of Police, Vijay has a decent following in Telugu and the makers of this film want to capitalize on this and have decided to dub the film in Telugu.