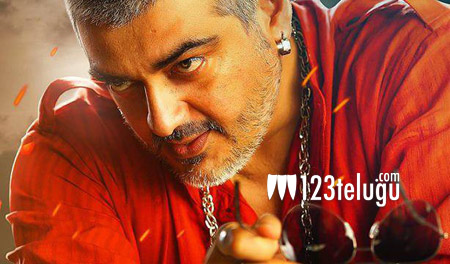 Thala Ajith’s forthcoming film,Vedalam, is on the verge of completing its shoot. Touted to be an out and out action entertainer, the film has Shruti Haasan as the heroine.

As per the latest buzz, the film is slated to hit the screens on November 11th. An official confirmation from the makers is yet to be received. Siruthai Siva, who directed Gopichand’s Souryam and Sankam, is directing the film.

Happening music director Anirudh Ravichander is composing the sound track. AM Ratnam is the producer for the film.