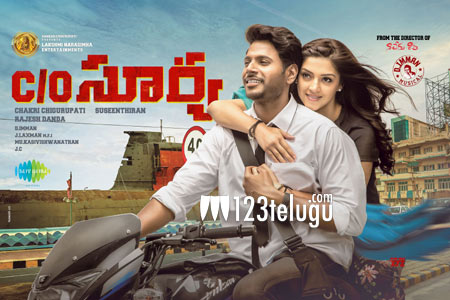 Sundeep Kishan Telugu-Tamil bilingual, Care of Surya, is gearing up for a November 10th release. The makers of this film have recently kick-started the promotional activities with the teaser launch.

Now, the latest update is that the Tamil version’s theatrical trailer will be unveiled tomorrow at 6 pm and even the Telugu trailer will be out soon. Titled as Nenjithu Niurunthal in Tamil, the film has happening beauty Mehreen as the female lead.

Suseenthiran is the film’s director and Chakri Chigurupati, who had produced Nikhil’s Swamy Ra Ra, is releasing the movie in Telugu. Imman has scored the music.