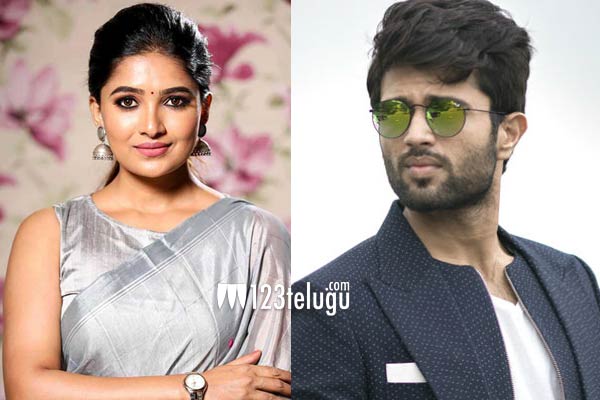 It’s been earlier reported that hero Vijay Deverakonda had launched his production house ‘King Of The Hill’ and is introducing his Pellichoopulu director Tharun Bhascker as a hero in his maiden production venture. TV host turned actress Anasuya essays a crucial role in this as-yet-untitled film.

Now, the latest reports reveal that popular Tamil television actress Vani Bhojan has been roped in for a key role in the movie. Vani is excited about her Tollywood debut and she also had some nice things to say about Tharun Bhascker’s performance.

Short filmmaker Shammir is making his directorial debut with this movie. The shooting is almost complete. More details about this project will be revealed soon.