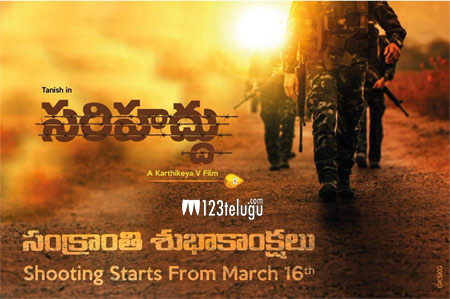 Tanish impressed everyone with his performance as a gangster in his previous release Rangu. The film was received well by the critics but did not make much money.

Now, Tanish has joined hands with the same director Karthikeya for yet another film called Sarihaddu. The film’s first look poster was out today and showcases that the film will have a patriotic feel.

The shoot will start on the 16th of March this year. More details of this film will be revealed soon.